They have better everything. Better lives, better relationships, more travel, more money, more sex, fun and happiness all the while your life sucks.

Ever really wonder what they are doing differently? You should because success is predictable and you can create it it for yourself.

We tend to give too much to luck and circumstance. We rarely make the decision to live. But success is predictable so why not learn how to become that interesting and dynamic person who has choice in life?

Every problem you currently have is only so because you don’t yet have the skills to overcome it. Make that decision to improve.

The three best decisions of my life (so far)

The thing you learn quickly is that life is hard for people at different times. Maybe your childhood pretty much sucked like mine, no worries you can turn that around and have an amazing life as a grown man.

The reverse is also true too, those who seemed so lucky when they were young can run into difficulty and trauma later in life. One thing is for certain, life will be difficult so far as it is teaching you a lesson. When you have learned your lesson the pain will go away.

So let's get into the best decisions I've made in life:

By far, without a doubt going abroad to teach English in Thailand changed my life. Me as a 27 year old "man" was not really a man. I was an out of shape goof from New England. Being older I now get why guys say hold off on marriage generally until you're at least 35. Your value goes way up and your options open in ways you don't understand as a broke, useless 20 year old.

Yes, some men do hit their stride and are on top of their game early but most men really don't grow into a man until 30 (and only if they choose the difficult path of personal growth). We age like wine as it's said, but you still need to do the work and take care of yourself. Life weights, eat steaks, work hard, build an income source (or 3) and develop people skills.

Hit your prime in stride

You don't want to hit your prime as a man (which is your 30's for men - not 20's as you mistakenly think) still just as useless and clueless as when you were 20. I hit 33 and looked better than I ever did in my 20's and got way more attention from women and respect from men.

So much so my 18 year old students at the university I used to teach at once asked me "why are you old but still handsome" because they were so used to being around schluby looking men with big guts who were soundly mediocre. All because I got out into the world and as far away from Connecticut as possible.

Teaching abroad forced my goofy, awkward self to grow the hell up fast. Being totally on your own does that and it's why it's good advice for young men to venture out into the world and make something of yourself. Because, you already know what you know. What you need is somewhere else to go find.

So I don't really care what you want (girls, money, travel etc). Instead, it's better to ask what do you need. Which for many young men, it's having the weak parts of you burn off. Last, learning how to live abroad is an invaluable skill too. I forget how for many it's a huge deal to pack up and move. For me it was so normal to just be like, "yep I'm moving to Ho Chi Minh City." The United States is great, but being able to have the option to live in Mexico, Tbilisi Georgia, Bangkok Thailand, Seoul South Korea and so forth as an expat and not be intimidated by it makes life so rewarding.

You also get tax benefits if you live outside the US for more than 11 months in a year and the longer you stay in a place with a low cost of living, the more quickly your savings and investments will grow as you have more capital to leverage and risk.

Going abroad was great, it changed my life. In part because it put a fire under me to figure out how to build a sustainable income online so I could live abroad without needing to be a low paid English teacher.

Sure I could have packed it up and headed back to America to work at some faceless corporation in a cubicle, but once you get a taste of how good life can be you just can't go back (at least for me)

I struggled for years before having any success online. I can now look back at those years of struggle as some of my finest. Because I made the decision to live my life on my terms, putting in the work day after day even when I was making no money I can now live a life others literally can't.

I talk more about this here:

Learn a skill first, then scale

Truth be told, EdgeofDavid.com has been my website for a decade now. I started it as WordPress website (then moved it to blogger for tutorial and testing purposed and now use Ghost) as a 26 year old giving life advice with the goal of becoming a professional blogger.

Yea, cringe. I'm over 35 now and have had a wide variety of experiences so I've earned the right to share some wisdom now.

I bring this up because this is a beginner mistake people always make. Instead of learning a skill, doing the work, and becoming a master at something that you can then scale in some way; people instead want to give life advice, dating advice, or "how to be authentically you" BS. They want to major in communications, fashion, business management (the easy stuff) and then expect to be paid as much as an investment banker.

I know one guy back in Rhode Island that for over 10 years has been writing his stupid blog. He has 600+ posts, gets a few thousand visitors a month (pathetic for that amount of content), has bunch of Amazon Kindle books that don't sell and he keeps on at it stubbornly.

Trying to position himself as some sort of writing coach and D rate philosopher. To top it off he was into yoga for about a year and a half and that whole thing became his identify until he was let go from his yoga teacher position.

I have another friend from Texas that started an information website about beekeeping (yes, beekeeping where you take care of bees and farm honey). It's something he did for a few years, he spent a lot of money and time because he wanted to make honey and was also curious about how to make mead. He did the unglamorous grunt work himself to understand the ins and outs of it while enjoying the overall process.

Who you think makes more money?

Right, the guy who did the work, learned a skill and then translated that skill into a helpful website based on his experience and expertise. He makes way more in just 2 years from what he's doing online when compared to the "life coach" blogger who has been doing the same thing for a decade with no success while expecting a different result (which is the definition of insanity).

I started off making this rookie mistake too of giving life advice as a 20 year old. However I stopped after blogging for 2 years on edgeofdavid.com and getting nowhere and eventually built a large ESL website because I taught English abroad and had developed my web development skill through years of failure.

I also then started a website and YouTube channel about web development after I had success through blogging, not before. No it's not sexy or exciting teaching people tech skills. But it is rewarding. I make a lot of money now and help people. Literally a dream come true as it's the best of both worlds.

So learn a skill so you can provide value. While I struggled with blogging at edgeofdavid.com writing stupid personal development content when I had no business telling anyone anything as a struggling 20 year old, that process helped teach me web development and got me more into coding, WordPress and building websites that help people and make money.

Remember, value is simply being part of the solution for someone else. Once you understand the grunt work, then you can find ways to scale so you're not trading dollars for hours for the rest of your life.

3) Learning to invest and manage money

Money is an odd thing, when you don't have any all you do is focus on money. Once you start make money the proverbial boot is off your neck and you can start to think about how you want to spend your time. But now you have a new problem, what exactly do you do with your money?

Learning to invest and developing a process of where to put your money is essential for long term stability. I really like following Johhny FD because he has a similar back story (I've been reading his blog since 2016, years before his YouTube channel blew up).

Broke dude in Thailand for a few years, had success with a few different Shopify stores, sells a few of his online stores and now has over a million dollars invested which pays him enough to live off of.

I'm nowhere near my financial goals yet which is to get to a middle class income of the money my money makes but, like building a business you have to start planting that seed today. I'm already make significant progress and feel like I'm getting ahead in life now instead of being broke and struggling.

Pro tip - It's not ok to always be broke and struggling.

So do you ever wonder why some people are doing better than you?

Some people do have better lives, better relationships, more travel, more money, more sex, fun and happiness. It's nice to think others are just lucky when in reality it's more likely they made the decision to live. 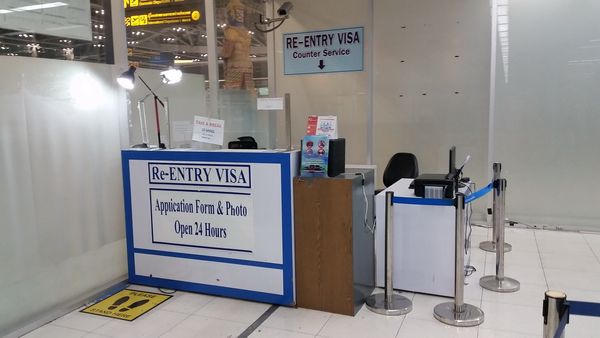